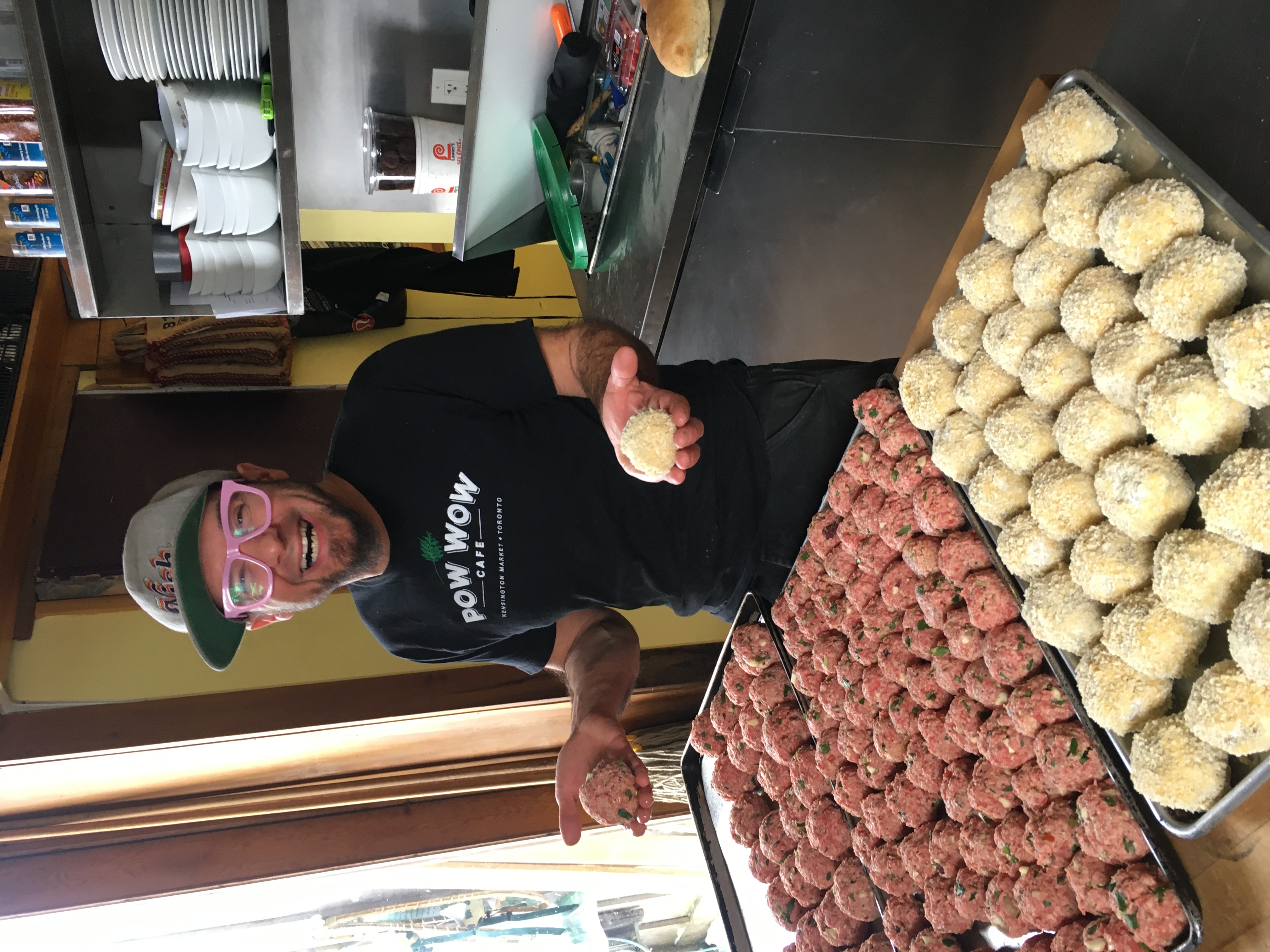 Chef Shawn Adler is a member of Lac des Mille Lacs First Nation and is the chef and owner of The Flying Chestnut Kitchen in Eugenia as well as chef and owner of Pow Wow Café in Kensington Market in Downtown Toronto. Shawns love of food begins early in life while decimating his mother’s vegetable garden early in life under his mother’s instructions of what’s edible in the bush like rosehips, choke cherries and the many fishing trips on his First Nation for pickerel and suckers.

Being from a mixed family of indigenous blood on his mother’s side and of polish-Jewish descent of his fathers, Shawn’s inherent influences of cuisine are bold, interesting and unique, much like the colorful cuisine Shawn has become known for.